Man, this has got to be the most satisfying platformer I’ve played in a while. Among indies, it’s likely my Game of the Year for 2017. I hope something beats it because it’s going to be really tough to dethrone this one.

Hollow Knight at first starts out as a somewhat terrifying experience – starting out in a dark, bleak world, armed with a nail and nothing else. Dirtmouth wasn’t exactly helping with how empty it is.

And then the adventure begins. You don’t have a map, there’s all sorts of scene transitions in every direction and wow, where do I go? I’m getting lost here, where’s the chain that leads to Dirtmouth again?

Then you hear the humming in the distance. You meet Cornifer and he hands you a map of the area. It’s just a plain map though, not a magical GPS you’d see in most games that indicates where you are.

This game hates hand-holding and I love all of it. Maybe I hated it at first with all the games I’m used to playing, but now that I’m in the game for hours; it pleases me as it gives me challenges that are genuinely tough and discoveries to new lands with pure delight. 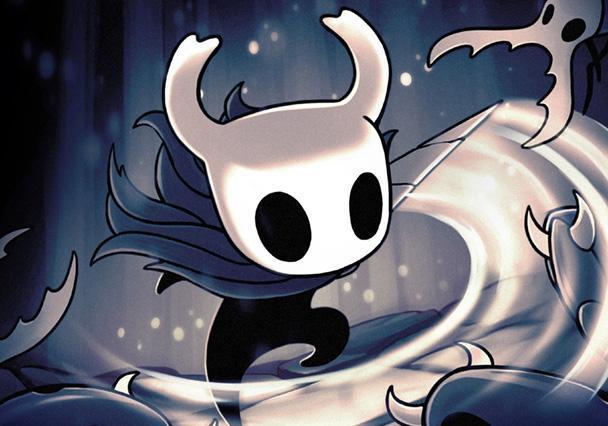 That was quite a lengthy first impression, so here’s my favorite points on Hollow Knight:

With all these points, you’re effectively getting a true adventure that you can experience for yourself – you discover new places as you learn new abilities to traverse them, the difficulty is up to you as the game does it fairly, and even if you’re stuck, you have the choice to revisit them later once you’re stronger. In particular, I’m referring to fights like the Mantis Lords – their patterns are difficult, but fairly presented and if you couldn’t beat them with your dull nail, you can keep playing until you get some nice upgrades and charms that can help you on their fight.

That way, the game’s places feel a lot more meaningful as you piece up the bits of Hallownest and how it all worked in the past. .

This way of looking at the game also has its downsides, of course. Sometimes, you’ll neglect the show part of things and it’s the reason why the game industry did tell in the first place – it avoids player frustration. Likewise, I’ve found myself lost at Hallownest for a couple of times because I didn’t notice that small notch of unexplored space in the map, nor does the game instruct you on what to do next (after all, you have the freedom to as long as you have the means to do so).

There are no quest markers in this game, and finding yourself on the map takes a charm. You have to learn things and you have to use your brain from time to time. You can’t just mash buttons when fighting either, and dying means having to retrieve your floating shade and fighting the enemies in between .

It’s a tough life in Hallownest, but it’s a challenge that is befitting for a player and the game respects that you can achieve it. You have to work hard for it.

tl;dr - a beautifully crafted, polished and well-designed game. It’s challenging as it teaches you the hard way at times (which may be a bad thing for some players), but it gives you satisfying results with an adventure that you discover for yourself.